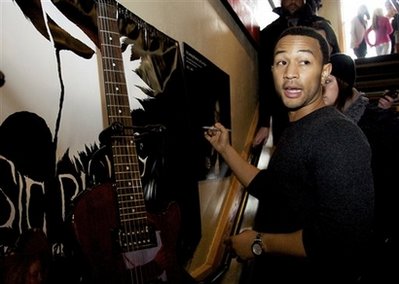 Sundance is the hottest gathering of the year for celebrities, producers, directors, artists and sponsors to celebrate the art of filmmaking, but major focus on Main Street this week is being given to global causes, and Hollywood’s elite are stepping up to the plate to support those initiatives.

Dr. Arun Gandhi was having health issues, which prevented his attendance, but he appeared on a live feed at the event. “More than half the world is living in poverty & ignorance I think it’s about time that those of us who are living in better economic conditions do something to help these people,” said Gandhi, noting the lack of education which leads to global poverty. “I want to break that cycle of poverty, and to help those people become constructive citizens of the world.”

“Every day, 15,000 people die from lack of clean water, but they’re not newsworthy,” stated Simmons, who runs five charities. “There is so much more that all of us can do. People are not always concerned about other people’s suffering. The fact is that a good conscious person makes an effort, and that is contagious.”

“Grow hope and tolerance for future generations, as our violent history is teaching us to be the change,” enthused Huber. “I see the realization of this historical event as an essential need. It’s now more important than ever to unite for peace.”

“Peace is not the absence of violence, but the presence of justice,” added Benjamin Chavis, Jr., Co-Chair of Hip-Hop Summit Action Network.

Also speaking at the event were Utah Haiti Relief’s Hollie and Jeremy Wardle, who rescued 26 children from the Haiti earthquake in helicopters through the U.N., assisting in U.S. adoptions for each of them. The Wardles have adopted three Haitian children, including seven year-old Gabrielle this week.

Simmons announced the alignment of HSAN with the World Cup’s Legacy Series, which will be held in South Africa this upcoming June, as well as the premiere of Dr. Ben Chavis’ epic civil rights drama,Blood Gone My Way.

With the support of Dr. Gandhi, the Music4Peace Initiative began in 2006 with events in San Francisco, New York and London, to spread Gandhi’s message of non-violence and multicultural understanding. “Music is one of the most important tool in non-violence education,” said Gandhi Tour founder Tobias Huber.

Huber’s band, 1001 Ways, has toured with music icons such as Gypsy Kings, Tony Scott, Buddy Miles and Calvin Owens. Their last album,Gandhi, is a music production that includes rare recordings of the influential leaders own voice. 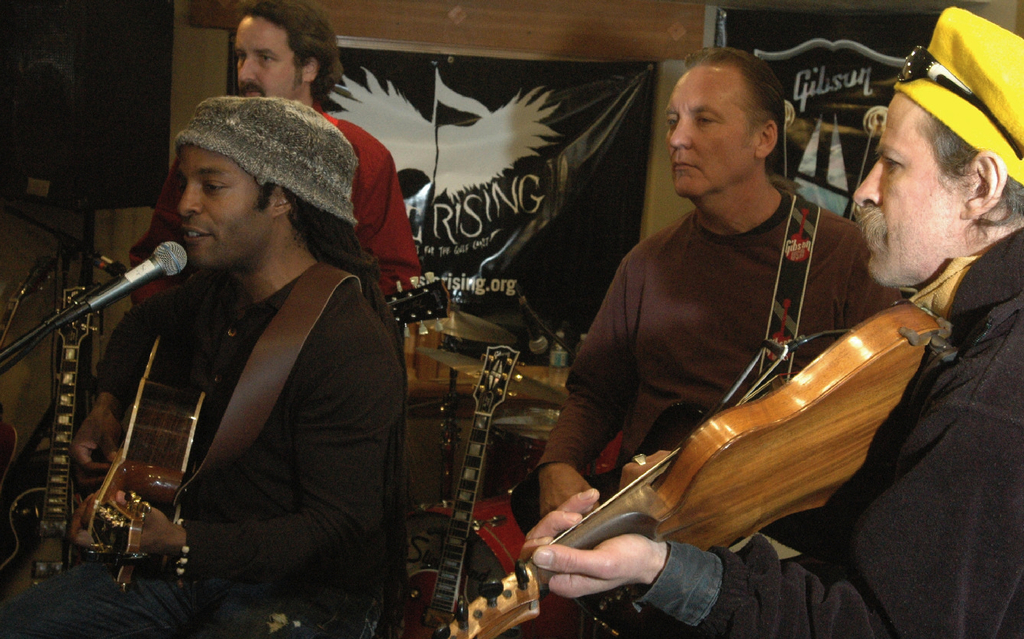 The collaborating charities for the Music 4 Peace Initiative include Hip Hop Summit/Action Network (HSAN), Tribes of the Worlds, Music4Peace Foundation and The Gandhi Tour. Music and humanitarian charities across the globe will be recipients of the money raised through their efforts.

The event was produced by SwaggMedia, the technology division of SMI, a technology driven media company which was founded to create a new global communications infrastructure for the delivery of the worlds information and communication services (i.e. voice, audio, video, data, streaming media.) SMI has built proprietary technology that will be one-stop destination for news, commerce, social networking, original content and live streaming video.

First stop on the tour is South Africa in June 2010. For more information, see www.Music4PeaceTour.com.