Music 4 Peace - On the Road with Gandhi's Voice 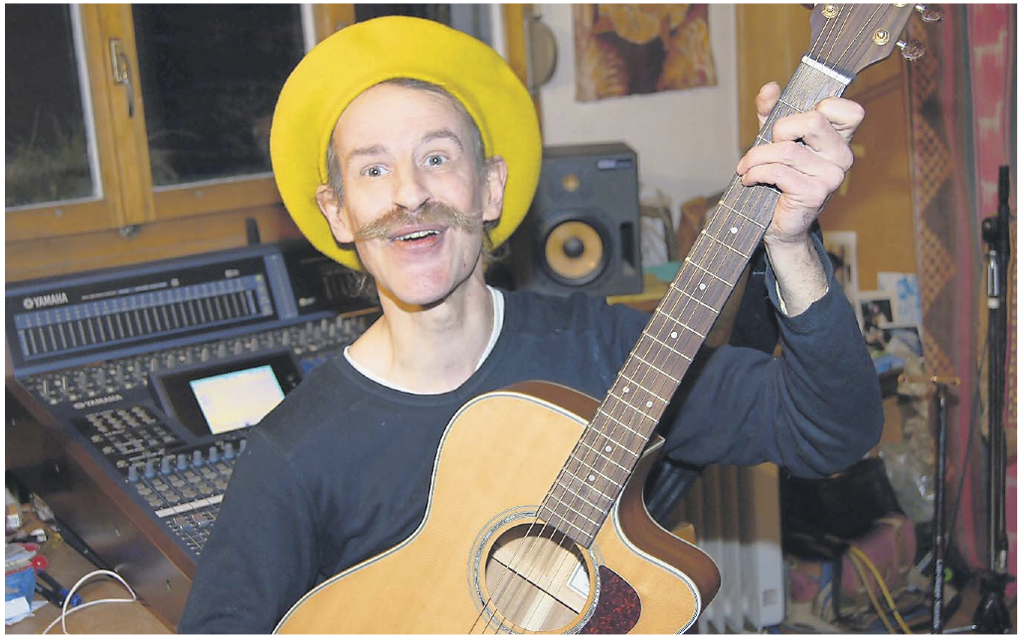 The "Gandhi Tour" brought the musician Tobias Huber in twelve countries
"I cherish the "child's faith" that one day peace will be realized on earth. But it just needs "this belief, says Tobias, musician and father of three children, at his home in Rei goldswil.Huber played a few songs on guitar and the viola d'Amore. His music sounds longing, passionate, and deeply touching with strong optimism. He has received several international awards for his music, he kept and played at numerous festivals and joined the stage with artists like  the Gipsy Kings.
The world fusion sound that is played by Tobias Huber's band 1001 Ways founded in 1985, reflect many cultures specially the one which Huber himself is related by blood. He is a descendant of the guitarist and composer Django Reinhardt: "I am very proud of the Gypsy blood that flows in my veins, "says Huber with a friendly smile, as he often does. His mother taught him the flute playing and his father the violin. "My father, Klaus Huber is one of the most important Swiss avant-garde composers." Overall, Huber has recorded ten CDs, including five with 1001 Ways.
"Important is our heart's dreams,thats what I like to tell future generations, "says the violinist. "I have lived seven years to serve in India and seen a lot of misery - Starving and dying children" He always had the desire to help with his music. Twelve years ago, the musical peace activist, founded the organization Music 4 Peace an umbrella for culture and peace activities.
But Huber's medium is the music. "I am a musician not a politician," says the well traveled Artist. "Music is one of the purest form of communication, because it communicates directly with the heart, not with the intellect. When I found in 2004 on the Internet, one of the few recordings of Gandhi's voice, I was so touched that I over two years, interwoven a whole album with Gandhi's voice."
Huber launched in 2006 with his band 1001 Ways - with Hilarius Dauag and Yvonne Guldimann - the "Gandhi-Tour" at the Earthdance Festival in San Francisco. The "Gandhi Tour" led Huber to Europe and to New York where he appeared on the UN International Day of Peace at the event studio of Donna Karan. Mr Huber tours with his multi-media shows, and has even produced a documentary about the "Gandhi-Tour". In the end of 2012, beginning 2013, "Gandhi Tour" concerts are planned in India and Nepal, on 9 June 1001 Ways will perform at the "Mondsucht Festival" in the Castle Wildenstein, Switzerland. Soon a new CD with ethno-pop and dance music to come out.

When asked how long the "Gandhi-Tour" will last, Huber responds with an optimistic Schalk: ". I hope forever"
www.gandhi-tour.com

Nonviolent Resistance
Mohandas Karamchand Gandhi, later Mahatma Gandhi called, was an Indian lawyer who in 1947 developed the concept of nonviolent resistance leded to the end of British colonial rule in India. The "Gandhi Tour" brought Tobias Huber and his band 1001 Ways to London's historical Kingsley Hall, where Gandhi was later famous 1931 speech. (GRO) 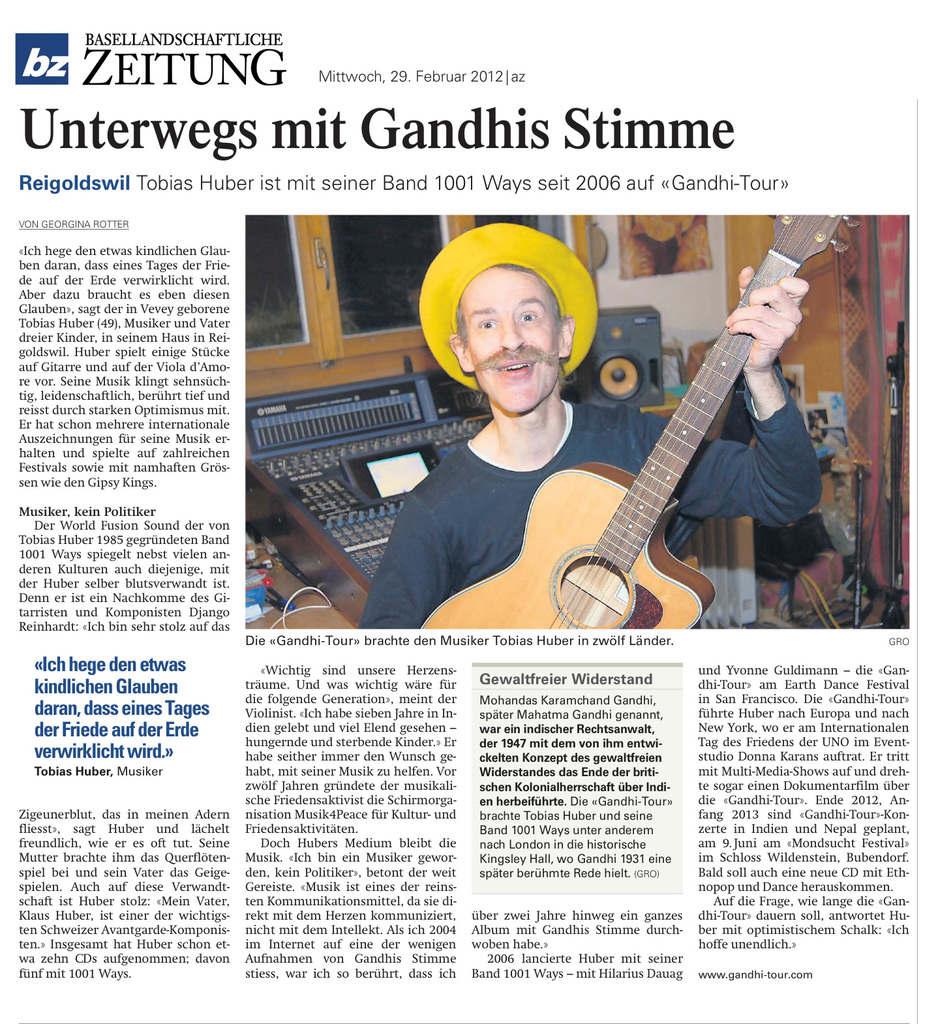